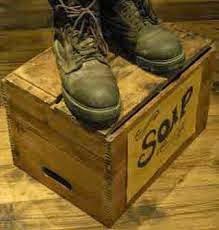 I believe it is my right to have access to information about good health and healing. This is not a privilege to be bestowed on me when and if it suits others who feel they are better able to make decisions for me.
Since time began, we have been 'sharers' of knowledge. Today is no different, although the method to transfer it may be more efficient and easier to access and verify.
It is up to me to filter through any information I discover about good health and discover what will benefit or decimate my life force. What suits one person may not resonate with another. We are all unique and individual and it is important we exercise our right to good health and the knowledge thereof.
To restrict or deny us the opportunity to share information, both good or bad as well as detrimental products and services, including 'ways of be-ing' would be tantamount to sentencing us to an untimely death. To refuse to disclose our truths, would be asking us to become mindless zombies, willing to accept 'all' without challenge or murmur.
Food, supplements and even medication are the door we pass through to maintain our health and subsequent nutrition. It is through our wise choices m those that resonate within our being, beliefs and our human form is what we need to follow, not the carefully edited and manipulated facts and figures of those that set out to swerve us away from what is rightfully ours - the gift of life, the gift of speech, and the most powerful gift of all, the right to choose for ourselves.
...just sayin'...

The Power of The Mind (excerpt from my book)

'What the mind can conceive and believe, it can achieve'
Napoleon Hill.

The mind is a truly powerful thing and I don't believe we really appreciate it enough. It is important for you as a carer, and for the person you care for, to remain positive and strong. Attitude and intention is everything.

During Butch’s journey we had positive signs dotted around the house stating ‘I Am Healthy’. I believe that the subconscious doesn’t recognise sarcasm, apathy or jokes. When it hears the words it automatically believes it to be true. By putting signs up it didn’t matter whether Butch was feeling positive or not, he would read the words and his subconscious would get the right message.

Urban Myth: About ten years ago an office full of women decided to get their pap smears done at the same time. One got her result and was advised she had advanced cervical cancer. Nothing could be done to help her. She was given three months to live and sent home to die. Three months after she had passed away the family received a letter stating that her results had been mixed up and she had actually been clear with no sign of cancer. See what I mean about the power of the mind?

Letting a medical practitioner tell your friend/loved one how long they have left is nothing more than a death sentence. The minute it has gone into your head, it's there forever! Even if you think you aren't thinking about it, you are.

We went to one specialist who said that he didn't like to give people die-by-dates as many patients would almost certainly die on demand, lasting the exact amount of time they were given. He knew the power of the mind.

Butch was walking five to ten kilometres every day with a positive outlook up until the day of his last oncology appointment. His specialist told him he had to stop thinking like a well man, he was a very, very sick person, he should not look for another job or go walking, but should just enjoy what time he had left.  He tried hard not to let it affect him, but to him, this was a person in authority who knew what they were talking about. Within a week he was no longer even walking five kilometres. His light of hope had dimmed. He told our daughter later 'The specialist sent me home to die!' I can’t help wondering how many people this has happened to.

(excerpt from Cancer Journey Handbook for Travellers, Carers and Friends by Cherie Nobbs)
Posted by Cherie at 16:13 No comments:

Whose Journey Is This?


Just as a quick question for those of you that are carers or friends of the traveller who is about to embark on this journey. Please remember it is their journey and not yours.
As a bystander one of the hardest things to remember is that this is not your journey. You are there to support and nurture but not to make the final decisions.
Don't make their decisions for them!!!! Tell them about what you have learnt and let them decide what to do about it! I know you love this person and want what is best for them. That’s great, but a person with cancer has a right to know their options and make their own decisions. It is their life at stake; let them make the hard choices.
If the person you care about wants to take a line of treatment that you don't agree with or you think another option would have a better result, you can only suggest it to them. They have already lost a degree of control when they are diagnosed; they need to follow what is true and right for them.
Don't try to guilt, bully or cajole him/her into anything that they don't or can't believe in. We all have our own belief systems and we each must choose our own path we wish to travel.
It can be heart breaking at times, especially if their choice doesn't resonate with your beliefs, but ultimately you must remember it is their life and their choice.
Posted by Cherie at 23:06 No comments:

The Power of the Mind

The other day I was talking to a lady (I'll call her Carol) about her sister-in-law from Fiji, who had recently been cleared after being diagnosed woth cancer several years ago. I asked if she would mind sharing the story and this is what she told me.
Her brother left her sister-in-law (let's call her Belinda) several years prior and she was supporting four children on her own. She was diagnosed with breast cancer (which makes sense if you read about Dr Rath's views on the emotional side of cancer). She went through the standard orthodox treatment of surgery, chemotherapy.and radiotherapy, At the end of it she was sickly looking and extremely thin. The doctors told her the cancer had spread to her bones and she needed more treatment.
Carol had been home to Fiji to visit her family and was shocked when she saw Belinda. After they'd discussed her diagnosis and the treatment required, she insisted Belinda return to Australia with her until she felt better.
Carol went and saw her brother, telling him he needed to take responsibility for their children while she took Belinda home. Naturally, he was resistant, as he also had children from his current relationship, but Carol wouldn't take no for an answer.
Once they were back in Australia, Carol took Belinda to the doctor to confirm her diagnosis. The doctor told them the cancer was running rampant within her body and the chances of her surviving six months was nil. When he said it was necessary for Belinda to do a course of radiotherapy, which would slow it down but not halt it's progress, Carol refused.
Belinda didn't understand English, so whenever they visited the doctor, she would ask Carol what he'd said. Carol told her the doctor was pleased with her progress, that the cancer was reducing and she needed to go on a special diet. She felt guilty lying to her, but she said she didn't want Belinda to give up hope.
For six months they kept her on a healthy diet and Belinda exercised regularly.
At her last appointment, the doctor was perplexed There was no sign of cancer in Belinda's body anymore. She looked healthy and her skin glowed.
Belinda is now back home with her children, she can't quite believe she looks so beautiful. Her attitude to her life without her ex husband has changed.
The mind is so powerful, whatever you give your attention to is what your body responds to. Would Belinda have been clear of cancer after six months if she hadn't been able to understand English? We'll never know.
One thing is clear though, if you are 'present' in your journey and believe you are capable of healing, while maintaining a perfect balance of food and exercise, then the chances are you are taking positive steps towards helping yourself.
There are many stories out there similar to Belinda's that I've heard over the years, but this one has left an impression on me. Belinda didn't get a die-by-date or a bad prognosis because she couldn't hear it.
When Butch was on his cancer journey, he was walking  10-15km/day, looked healthy, ate well and was looking for a new direction in his life. His oncologist told him to stop thinking he was a well man, that he was very sick indeed and he should give up his job and stay home for the rest of his days. He believed in the medical profession. It didn't matter what I said to refute what she'd said, he believed he'd been sent home to die. Within a week he was no longer walking, and as they say, the rest is history. Within six months he was gone. I wonder how he would have fared if he hadn't been able to speak English, like Belinda.
Your medical professional is one of the most important people on a cancer journey. Statistics show their attitude and belief is vital to your success. Surround yourself with people who believe in you, your success and your ability to be healthy....or move to a foreign country....

Cherie
I love to write and to share my wisdom and insight with others. My mission is to heal the world one person at a time!